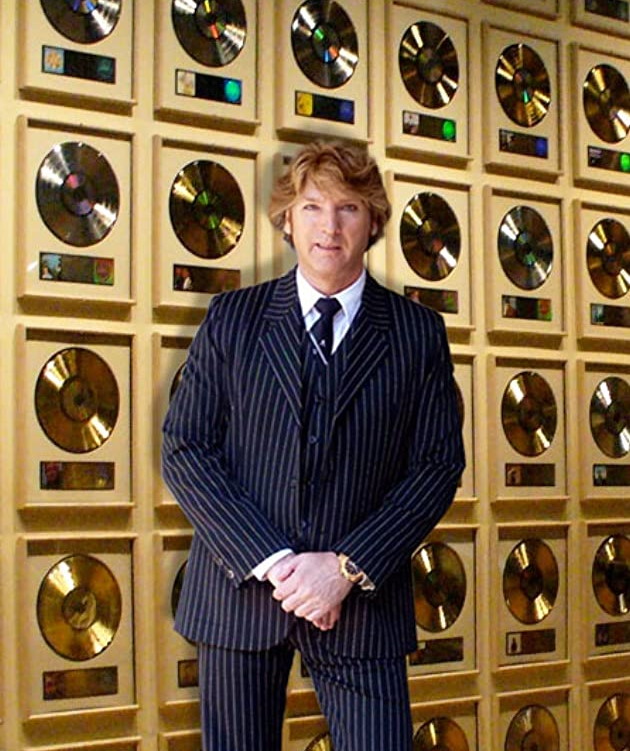 @ProducerMichael, also known as Michael Blakey, is somewhat of a big deal in the TV, film, and music industry. Pretty much anyone you ask in big Hollywood entertainment will know his name whether it’s for his producer career, music prowess, or impressive net worth.

The man has won five Grammys – and counting – and Michael shows no signs of stopping now.

The London-born celebrity has all the wealth he could ever want, with designer fashion, exotic cars, luxury watches and a multi-million dollar house. Despite having all these finer things in life, he still maintains an impressive net worth.

In this article from IBuyIReview, you’ll learn everything you need to know about the man, his net worth, and how he made it big.

Who Is Producer Michael?

It’s hard to miss Michael Blakey in a crowd with his vibrant fashion sense. Producer Michael’s real name is Michael Blakey, and he is married to his wife, Sasha Blakey in 2008. Michael has one daughter and continues to hustle and make the entertainment world shine with no sign of stopping.

Through his record company, he has promoted artists from several genres, from Rock, to Pop, Country, and Alt Rock. He has produced several movies, as well, though he seems to prefer the music industry. Much of his focus in visual arts is now invested in his social media profile.

Modern Drummer Magazine once made note that he was one of the top ten drummers in the world at the time, which is no small feat considering his wide array of skills and interests. 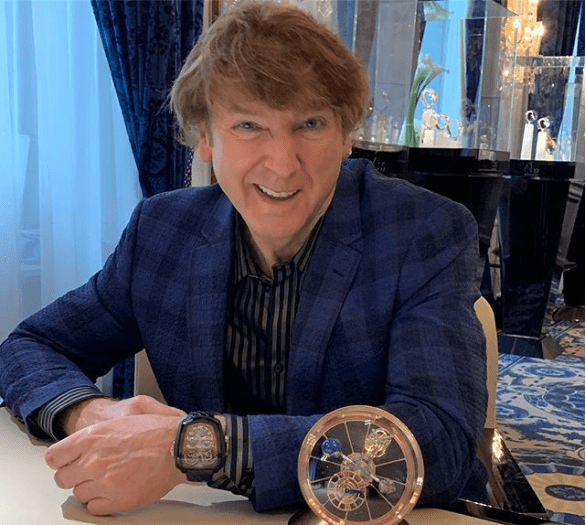 Born in London in December of 1958, Michael Blakey grew up with his parents as the youngest child of three. Supposedly, his mother was an Olympic swimmer, and his siblings were inclined to athleticism themselves, though information about his mother, such as her name, has never been publicized.

Michael, however, wanted to take a different route in life. He didn’t have the same passion for the racetrack or pool that his mother and siblings had. Music was his calling, and he was determined to strive for success in what he was passionate about: drumming.

When Michael was 14, his parents moved to Spain, where he would live the rest of his childhood in relative quiet. Many of his siblings at this point were pre-occupied with school or had moved out of the house.

Michael Blakey later went on to study music in Madrid and Berlin, where he became proficient in Spanish and German in addition to his musical studies. Music was something that sparked passion for Michael, and he sought a way to make his career out of it. 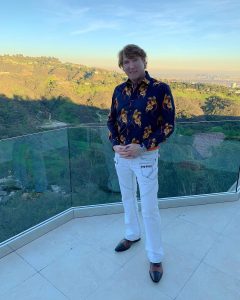 Michael Blakey has worked with a wide range of artists from Englebert Humperdink, No Doubt, Eminem, and Willie Nelson, to name a few. (1) Michael has produced several movies as well, such as Beavis and Butt-Head, The Concert, and Who Killed Bambi?

The impressive track record Blakey has left in his career is no doubt a product of his own drive and motivation to shape the world to his desires.

You might even be surprised to learn that Michael was one of many millionaires that decided to take a grand leap of faith and start his own company, diving into the unknown without any safety nets. He made it work, though, and created three national record companies that promoted media artists from across the country.

“Throughout his career Blakey produced and promoted music for many Record Labels and Motion Picture companies as well as producing songs for movies, including Disney's Cinderella II.”
IMDb

Today, Michael has partnered up with other entertainment artists to create a company called OMG VIP, bringing artists together to create memorable fan experiences as a part of his influencer career. Even in his 60s, he is showing no signs of stopping his legacy in the entertainment and media industry.

Michael Blakey has a thriving YouTube channel with over 1 million subscribers. He posts videos, many of which wind up going viral with their clickbait-style thumbnails and titles which only boost his net worth even higher through his internet fame.

He is famous for going on tours of multimillion-dollar homes and playing planks on the real estate agents, made notable by one of his viral videos titled WE FINALLY GOT CAROLINE IN THE POOL.

This thumbnail features Caroline, a real estate agent, superimposed over the video with a low-cut shirt leaning down in front of the camera, and Michael in the background as if he had just tossed her in.

The video is over a half-hour long and consists mostly of him touring this $14.5 million dollar, 6,5000-square foot McMansion. Michael doesn’t even throw the real estate agent into the pool until the end of the video, so if you’re going scouring the internet for it, you don’t have to watch the whole video.

If there is anything that screams “sensational clickbait video”, it’s this – but then who am I to argue when the man consistently produces videos like this, and has made his chronic success by producing content?

He might be onto something about how to achieve fame on the internet. 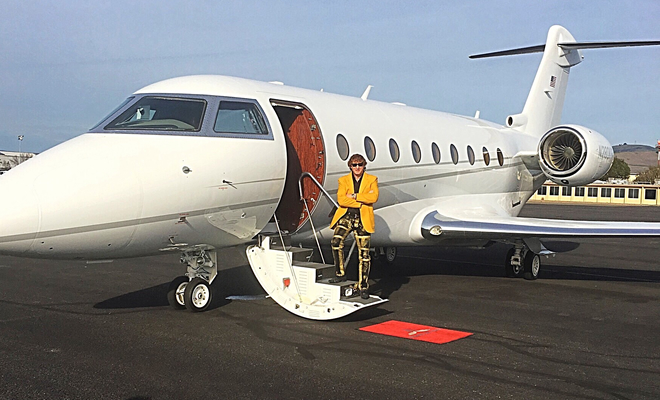 After all this, you’re still curious about Producer Michael net worth? Well, I can’t blame you. The British producer is said to be worth a little over $60 million, making him one of the richest music career celebrities to start multiple label companies and become the producer for multiple movies and television servies. Michael Blakey, the million dollar producer has performed an impressive feat by maintaining his net worth, considering he already has a lot of the finer things in life.

To still have that much money after spending millions on a nice home in a rich neighborhood and a nice car is impressive. You know that his cost of living isn’t cheap, and now that he’s in his 60s, he’s not producing quite as much as he used to in the film industry, so he has slowed down the rate at which he’s been gaining personal wealth anyway.

In recent years, Michael has primarily turned his focus towards his YouTube channel, amassing millions of views and a higher net worth with each new viral video with his partner Adam Swords.

Skyrocket Your Net Worth: Ready to Make it Big in Your Own Way?

Talk about an inspiration. Though Michael Blakey might have ballooned his net worth initially through the entertainment industry, there are other ways to make a mark on the world that are even better than that.

In this course, you’ll learn the skills you need to make it big by providing local businesses with the qualified leads that they need, all for a fee that you collect.

Everything is up-front and legitimate, so you never have to worry about your reputation with your friends and family like some other income models out there. Plus, you’ll be doing local businesses a huge favor by helping them thrive in a digital age.

It’ll take a bit of work to get there, but once you’ve learned everything you need to, you’ll be making six figures just like me – or even more, depending on how you hustle!

Grab your sneak peek of the training below and decide if it’s the right income model for you:

GET THE FREE TRAINING HERE 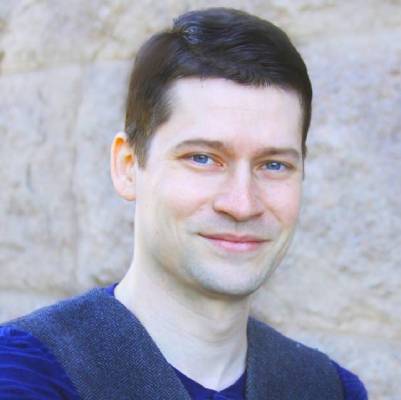 In 2016 I started a business and went from being a stage performer to a full-time entrepreneur overnight. I saw how local businesses were struggling to make it in the economy at the time, and I wanted to find a way to help.
Enter paid ads. Through the methods taught by my all-time favorite course, I’ve created a 6-figure business just off of my entrepreneurial endeavors in roughly 5 years – and now I’m on track to retirement by 40. I was able to quit my job, work online with flexible hours, and move to the beach (Cape Cod if you are wondering.)
Exploring different ways to make money online has become a fun hobby of mine, so I’ve started this blog to review the different courses I purchase over time so you have a better understanding of the world of online courses.
Curious about how I made my success? Learn more here.