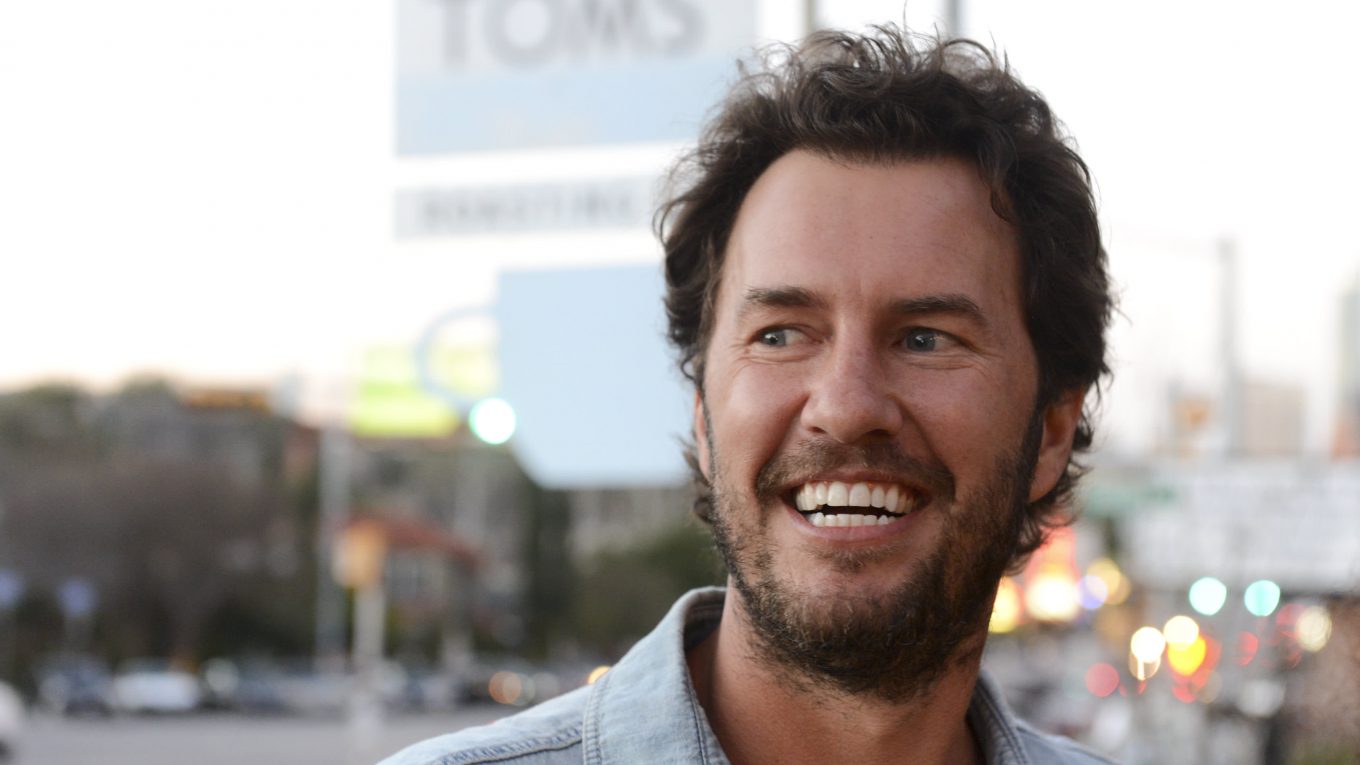 Chances are, you’ve heard about some of this man’s philanthropic and entrepreneurial ventures, but you might not know the name behind them.

In this article from IBuyIReview, you’ll discover who Blame Mycoskie is and how he earned his impressive net wealth through appearances on Shark Tank, TOMS, and Shoes for a Better Tomorrow. Better yet, you’ll also learn more about his inspiring works and the journey he took to get there.

Who is Blake Mycoskie?

Blake Mycoskie is the man behind a variety of business ventures, but his most popular works include Shoes for a Better Tomorrow, TOMS shoes, and his appearance on the TV Show Shark Tank. In 2009, he was also given the Secretary of State’s Award for Corporate Excellence, which is a grand achievement for anyone.

While Blake is most known for his philanthropic work, many people also follow his story because of his successful entrepreneurial career that is less publicized. In addition to the Secretary of State’s award, he has also been named in Fortune’s “40 under 40” list in 2011. In the same year, he also earned the title of “Person of the Week” on ABC news. (1)

“[Blake] is on a mission to put shoes on the feet of every child in need, using a very innovative one-to-one business model. It is a very simple premise, but one with a lot of promise: For every shoe they sell, they give a new pair of shoes to a child in need.”
ABC News

This philanthropic work and positive PR is exactly what pushed Blake into the spotlight, but it’s clear that he’s not in it for the popularity contest – he genuinely seems to care about the good work he does in the world. He authors one book called Start Something That Matters which was released in 2011.

In Arlington, Texas on August 26, 1976, Blake Mycoskie was born into a relatively successful family. His father, an orthopedic surgeon, and his mother, an author. He has two siblings that he is close to even today named Paige and Tyler.

With an average middleclass childhood, he grew up to attend his local highschool, James Martin High where he discovered a love of tennis. He went on to attend St. Stephen’s Episcopal School in Austin, TX, graduating in 1995.

Unfortunately, in his sophomore year, he injured his Achilles tendon and was forced to abandon the idea of a career in tennis. Instead, he set his sights on ways he could help better the world. Through his tennis accomplishments, he earned a partial scholarship from Southern Methodist University and dual majored in business and philosophy. His injury ended his scholarship and he left SMU shortly after.

The Start of His Business Ventures

After leaving Southern Methodist University, Blake went on to start his first business, EZ Laundry. This business was meant to help the campus students with their laundry, as the school had no on-campus facilities for laundry or dry-cleaning.

The venture expanded quickly, serving three campuses and employing over 40 people, making a little over $1-million in sales. In 1999, however, Mycoskie was ready to move onto greater ideas, and sold the business to his partner who took over the business.

He moved to Nashville, TN and founded Mycoskie Media, a company that sold billboard advertising space primarily focused on country music marketing. The company made a significant profit in less than a year, and Clear Channel purchased the company nine months after launch, skyrocketing Mycoskie’s success even further.

After the business sold, he and his sister Paige auditioned for The Amazing Race, which earned them third place. Thus, his interest in creating a “better tomorrow” through shoes was born.

In 2020, Blake showed up as a guest Shark on the TV show Shark Tank. In this show, entrepreneurs come to showcase their business idea to the hosts – called Sharks – and depending on how good their idea is, the Sharks offer to invest in their business for a certain share on the business. Blake guest starred for a full season and may return in the future.

Continuing His Career in Business and Entrepreneurship

After his debut on The Amazing Race, Blake moved to Las Angeles and decided to continue his entrepreneurial ventures, partnering with several companies there.

In 2006, he happened to visit Argentina and discovered that many of the children there had no shoes, causing health problems. Between this and The Amazing Race competition, Blake heard his calling.

When he returned to America, he founded Shoes for a Better Tomorrow – also known as TOMS – a company dedicated to manufacturing and selling shoes with a one-for-one business model: for every shoe sold, the company would donate a pair of shoes to those in need.

This inspired a sister-company based on that philanthropic effort, TOMS Roasting Company. This company was focused on providing direct, fair-trade coffee sourced from various coffee crop countries, providing farmers with direct pay, rather than going through the standard import line which leaves the farmers with pennies per dollar sold.

Both Shoes for a Better Tomorrow and TOMS Roasting Company still operate, though Blake sold 50% of the company to Bain Capital. He adamantly retains his position within the company as Chief Shoe Giver, and donated half of the sale to funds hat identify and support social entrepreneurship among other bold and progressive ventures.

Today, Blake has turned his attention to yet another philanthropic effort called Madefor. This venture is a subscription-based wellness program in partnership with Pat Dossett meant to help you take back control over your life, avoiding burnout and accomplishing your individual goals no matter what they are.

The Madefor program is designed to help you shift your mindset using scientifically-backed literature and a way to monitor that mindset shift and take control of your life. The subscription offers multiple tiers and payment plans depending on what your goals are and how quickly you want to achieve change. 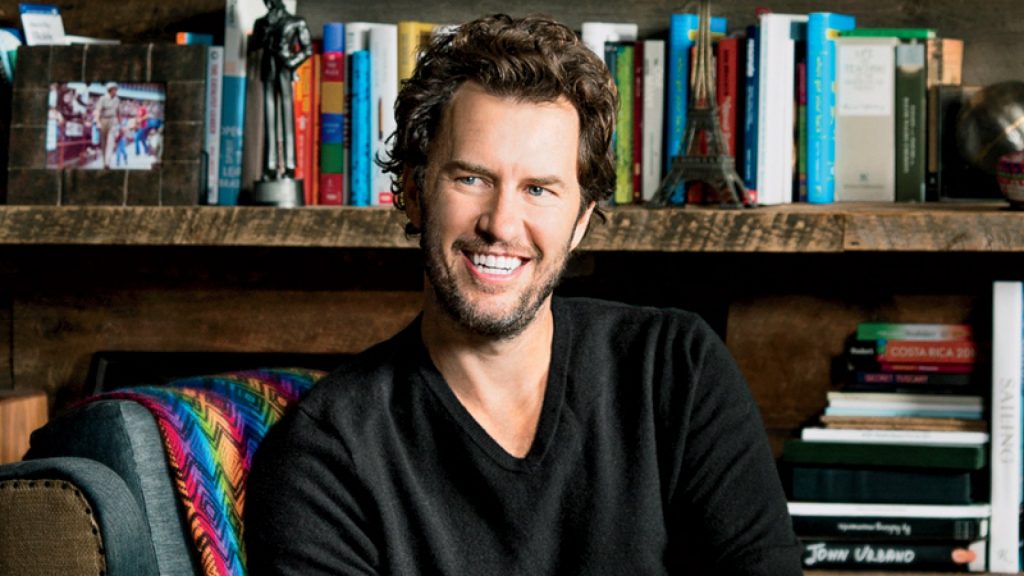 In 2012, Blake married Heather Lang. In their long-lived marriage, they had one son and one daughter together named Summit and Charlie. In 2020, however, Blake filed for divorce for unknown reasons. He has also sponsored a young boy in Ethiopia named Wubetu Shimelash, taking on the role as financial benefactor, supporting his education and entrepreneurial growth from across the world. Overall, Blake’s personal life stays relatively private, which can’t be said for a lot of celebrities.

While we may not know the specific circumstances around the couple’s divorce, but it seems to be an amicable separation where the two agreed that parting ways was for the best. In either case, Blake is a bachelor once again.

It’s unknown if he currently has a girlfriend, or plans to remarry in the future, as the sting of divorce is still recent in his memory. It is also unknown whether he has full or partial custody over his children, as the first few months of their divorce forced them both to remain under one roof while the pandemic surged.

Are you ready to hear Blake Mycoskie net worth? As of this year, the man is recognized to be a multi-millionaire with over $300-million in net worth. Talk about an astounding success!

At a little over 40, he’s just entering his prime, too. He shows no signs of slowing down and continues to work towards a better tomorrow, continuing his philanthropic and entrepreneurial efforts. I would not be surprised to see the man become a billionaire in the next few years with his string of successes.

Are You Looking for the Next Step in Your Career?

Have a goal to make a meaningful impact on the world and work on philanthropic projects like this one in the future? As with Blake’s case, we can see that it all starts with a positive shift in your career. The happier you are and the more flexibility you have every day, the easier it is to work on the things that matter most to you.

Blake showed us that by carving your own path and taking steps to do more of what you find meaningful, you can change the world – and make a sizable income while doing it. Living the dream is possible, and there are many ways you can get started.

What’s the next step in your career? What goals do you aspire to achieve? Remember that it all starts somewhere, and the time to act is right now. To learn more about what I do to earn my income, visit the about page.