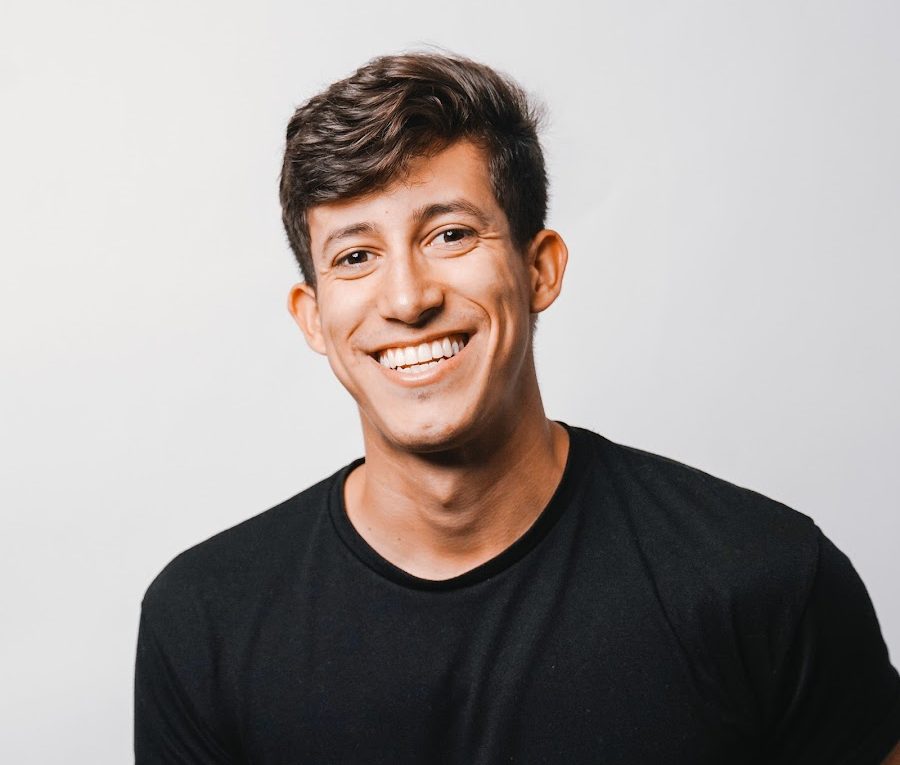 Chances are, if you’ve browsed YouTube and care about cars and finance, you’ve come across someone named Ricky Gutierrez. On his channel, he discusses the latest financial trends, talks about his latest investments, and is always showing off his latest cars. He has a unique ability to make any stock market trend sound interesting and tempting.

Wondering how Ricky Gutierrez rose to fame on the internet and acquired his wealth? In this article from IBuyIReview, you’ll learn everything about how he got his start, including insight into what caused him to start a life of entrepreneurship at an incredibly young age.

Who is Ricky Gutierrez?

Born on January 2nd, 1995, Ricky Gutierrez had an average childhood where he grew up around his siblings.

Overall, little is known about his parents or siblings, as he is very private when it comes to his family life. He hasn’t outwardly spoken about any current girlfriends either, though he is not married.

At the age of 14, he enlisted the help of his friends at school to help him with a business idea. He wanted to make custom fingerboards, which are skateboards for your index and middle finger.

All the rage with the kids at his school, they were successful and earned the group a pretty penny. Unfortunately, due to personal disagreements and the kids wanting to take the venture in different directions, they eventually split and Ricky was left to make the custom fingerboards himself.

The income he generated from this throughout the school semester allowed him to pull in enough cash to try his hand at the stock market. 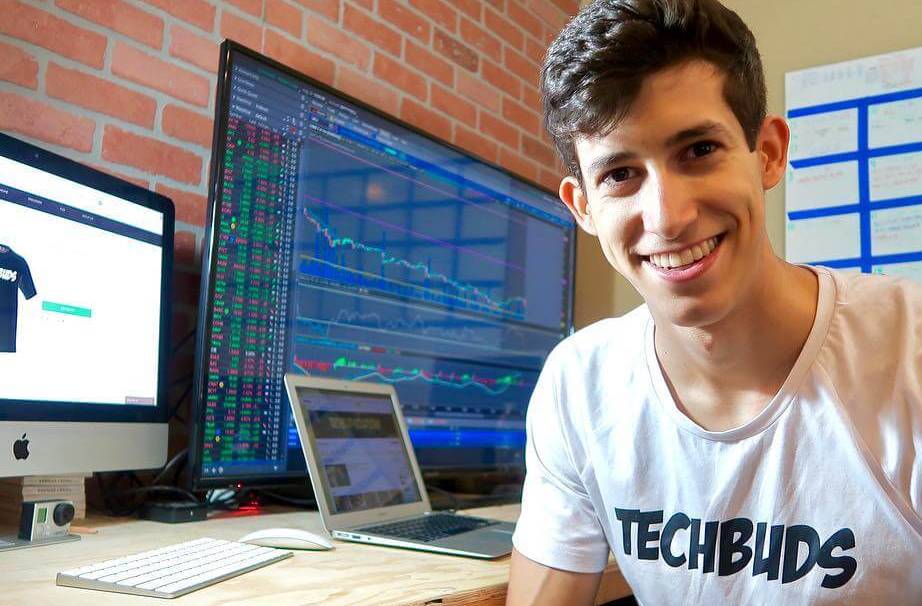 What Degree Does Ricky Gutierrez Have?

Ricky Gutierrez enrolled in college through Arizona State University and got his degree in entrepreneurship and technology management to further his understanding of the types of stocks he was interested in. Little did he know that it would wind up becoming a larger part of his life than he first imagined.

The knowledge he gained through the degree program at Arizona State only further fueled a growing passion for technology, which he funneled into his brand TechBuds. This allowed him to not only think about his stocks differently but explain the technology better to his enrolled students and change how he thought about TechBuds.

Ricky got started with his YouTube channel as a fun pastime and a way to help provide investment advice to the internet. (1)

While many investing experts talk over people’s heads, Guiterrez covers angles his subscribers can relate to
Forbes.com

Today, Ricky also utilizes his YouTube channel to talk about his wealth, updates and sales that he is offering to new members of TechBuds, and updates about his adventures in stock trading and car flipping.

How Did Gutierrez Get Started Online? 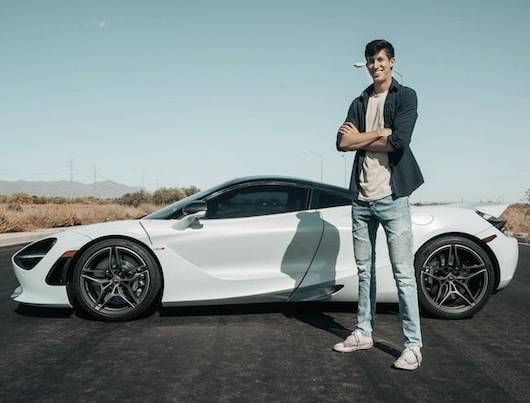 Ricky Gutierrez’ venture into the online space started by happenstance. As he was learning the ropes of the stock market, he had trouble finding reliable resources online that provided clear and authoritative advice.

As he learned, he decided that he would change that for people getting into trading – a way to pay it forward and make the road a little easier for people who come after him, which makes him an outstanding leader in the space.

A lot of people initially believed that Ricky solely made his fame and fortune through his YouTube channel. While he has amassed an admirable number of subscribers and monetizes his channel, it is not his main focus.

For Ricky, his passion still lies in stock trading, car flipping, and now his finance brand TechBuds. These ventures make up most his income.

His entrepreneurial adventure inspired him to delve into stock market at the shocking age of 15. Without much money to invest and – even worse – no advice to help him get started, he did lose money in the beginning. That wasn’t enough to stop him, however: he picked himself right back up and started at it again.

Struggling to invest real money and feeling a little nervous after losing what he did have after the first round, he switched tactics. Instead, he traded through a paper trading simulation portfolio, and learned the basics through that system.

While not many people know about this type of simulation, it’s incredibly valuable in providing practical experience with stock market shifts, portfolio positions, and buy/sell principles.

After a few years of practicing with the stock market simulations, his brother introduced him to a new game at the ripe age of 18: car flipping. His brother, who worked with a car dealership, taught him how to apply that newfound stock knowledge into something more tangible.

Ricky started out with low-end vehicles which he would repair and sell for higher amounts. Learning the ropes on the low-end cars, he learned all about which cars were good and how depreciation worked. It wasn’t long before he worked his way up to much more expensive models and started flipping exotic luxury cars.

After finding success with this, he felt a desire to connect with others with similar passions and help them get started in the stock market. This caused the initial desire to start what is now known as TechBud Solutions, a platform for trading, flipping, and investment where individuals can interact and share advice. 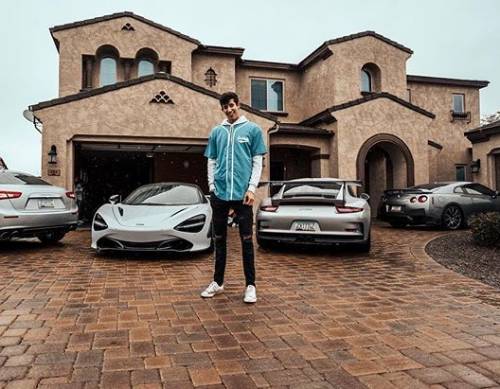 Ricky's estimated net worth as of this year is around $1.5-million. It is astounding to think that you can earn such an impressive amount by using the internet and serves as inspiration for future ventures you might be considering.

The number one thing Ricky stayed true to is his passion. He stayed persistent about what he wanted to achieve, even when others doubted him. This helped him carve his own path as a stock trader, car flipper, and brand owner.

This is the true mindset of a business owner, getting back up anytime life knocks you down. Sure, some things don't work out, but with some clever thinking and persistence, you'll get right back up and try again.

Ricky Gutierrez seems to have a happy and successful relationship with his parents and siblings, which is good. We’ve all heard the stories about fame tearing families apart due to disagreements or gradual drifting apart, but it seems Ricky and his family have things under wraps.

Overall, little is known about his parents or siblings, as he is very private when it comes to his family life. He hasn’t outwardly spoken about any current girlfriends either, though it is confirmed that he is not married or engaged to anyone. Who could blame the man for wanting to keep his personal relationships out of the limelight?

Ricky’s determination and passion for the stock market has been inspiring and really makes you consider what you value in life. What passion can you pursue that would allow you to live the life you want to live?

Ricky’s story solidifies that you can absolutely follow your passion and make a living doing it. His current standing as Arizona’s youngest millionaire is quite an achievement, and all he did was do what he believed was right.

Want to see how I make my income? Check out the about page and start your net worth story.