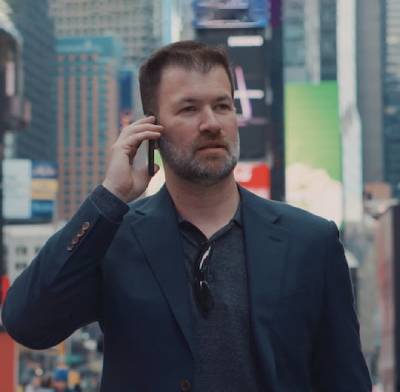 The mark of any man popular for trading in the stock market, so you might be wondering about Jeff Bishop.

Originally, Jeff made his debut in the online, work-at-home industry by promoting his course on market trading, where he promised to hand you all of his best tips, tricks, and secrets about trading in the stock market and making it big.

Problem is, when you look at his net value, you might begin to doubt his statements of success are real. In this article from IBuyIReview, you’ll learn everything you need to know about Jeff Bishop and his story.

Then, you can decide for yourself if it’s a good idea to take the plunge and signing up for his course, but if not, I’ve got you covered – stay tuned until the end.

Who Is Jeff Bishop? 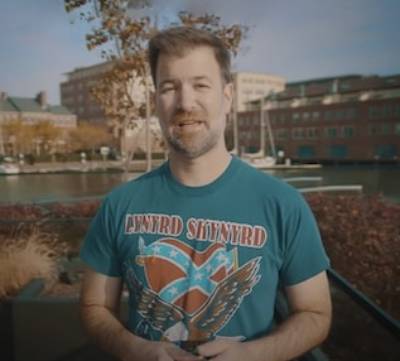 If you’re looking at Jeff Bishop’s products, then chances are, you’ve seen one of his iconic ads that shows its age now, where Jeff is standing in front of a resort at normal height – which could very well be a green screen – sporting his worn Lynyrd Skynyrd t-shirt and telling you all about how good of an options trader he is.

Now, first and foremost this ad struck me as odd because most traders choose expensive, high-end clothes and stand in front of expensive-looking cars or sit in nice hotel rooms telling you about the massive success they’ve had as traders.

Yet, at least in the original ad (he has since suited up), Jeff Bishop stands here in his old name band tee in front of a resort we can’t prove he has access to and has the gall to tell you he’s like them.

…and darn it, it’s just crazy enough to be convincing.

Now, in his video, Jeff claims “I’m the world’s top real live streaming options trader,” doing his best not to sound like he is humble bragging, “I wanna share with you what I’ve learned over 20 years in the market.”

Jeff became a full-time stock trader shortly after attending the University of Texas, where he obtained his degree in finance.

After he became a full-time trader, Jeff met a man named Jason Bond. Now, I know what you’re thinking – and no – this isn’t James Bond, famous spy, nor is it an alias.

What is Raging Bull? An Offer That Shows Its Age

Back to his old Lynyrd Skynyrd ad, we’ll see that the YouTube video earned a little over 15 million views in just under 2 years, which means that Jeff, standing there in his band tee, and likely Jason, manning the cameras off screen, spent roughly 750k so far in ads to sell a product that retailed for 49 dollars.

So, what kind of an entity is Raging Bull after all, and is all of Jeff’s wealth made from selling us his best trading tips and tricks, or is it from actual stock trading?

Raging Bull is a company that Jeff Bishop and Bond created to help new and experienced investors alike get the stock market work for them.

Since its founding in 2010, it has evolved, and now takes on a blog-style format with the main  goal of converting its readers to the Weekly Money Multiplier, which Jeff Bishop and Bond created in place of the original program.

What Is Weekly Money Multiplier? A Place to Share Investment Advice

Weekly Money Multiplier is what Jeff Bishop and Bond came up with when trying to decide how to change up the Raging Bull model for users who wanted to subscribe. What they came up with was a full website full of training and alerts for day traders. This service is only available to subscribers, however, so you do have to pay to view the content on the site.

Essentially, it is what Raging Bull used to be, but with a rebranding and modernized look. They really deserve an award for how different the site looks now. Save for one site looking similar to another, I’m happy to report that they’re both very sleek now, much like the new ads from Jeff.

Many people who have purchased access to the site suspect that this is truly where their wealth comes from. The trading advice they give is okay most of the time, and good occasionally, but overall, it appears that most of the money the pair makes is through sales of the service.

Jeff Bishop Net Worth and Biography 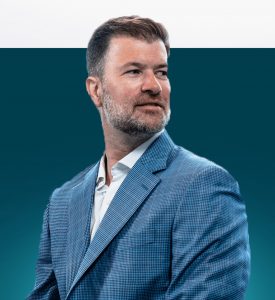 Jeff Bishop net worth is ranked at a little over 4 million dollars the current year, though this fluctuates up and down frequently. Just a year ago, Jeff was supposedly up to $3-million, so is his sudden increase in value due to a newfound trading strategy, more course sales over the pandemic, or a lesser ad spend or charity donation? You decide which ones sound more likely.

Of course, Jeff Bishop will also have you believing all of your hard-earned money is going towards a good cause, because he and Jason both donate a portion of the proceeds from the course to charity.

Perhaps Jeff does, and that might be part of why his value is so low for such a successful trader, but I have my suspicions that there’s more to the story than meets the eye. With a value like this, it looks like Jeff and Jason are simply making their fortune off of small-time course sales and other up-sells inside the course.

Of course, with such little information disclosed about Jeff, it’s difficult to say for certain. There is little to no information about his personal life, and the only personal details we were able to confirm were about his previous education and work life.

Overall, Jeff Bishop is criticized often by students or financial advisors who have caught wind about the course. (1) They claim that he is actually likely hand-picking times he’s beaten the S&P 500, stating that if Jeff were able to beat it by a multiple like he said, he should be wealthier and easily achieving billionaire status in just a few years.

“U.S investors tend to heavily measure their portfolio performance against American indices, even though they have been proven not to be the best benchmarks.”
Betterment

Though, whatever benchmark you choose to use will have its pros and cons.

Ready to Grow Your Own Wealth Without an Investment Agent Giving You Advice?

If you’re like me, you might be ready to grow your own worth after learning about how much money some of these famous internet marketers and course creators like Jeff are making. You might even be tempted to create a course yourself or start finding out the secrets to trading on your own time.

Trust me when I say I’ve been there, and the weight of the journey isn’t easy. People don’t actually want to pay for fresh new courses… They want something with clout and authority behind it.

What I mean by that, is it’s starting from way too high up in the process that you’ll hit a wall and get stuck, then find yourself floundering because you’re lacking a foundation in a certain skill.

This course, Local Marketing Vault, will help straighten you out and provide you with a toolbelt of evergreen techniques that hand you that essential foundation. You can take the skills you learn in this course and apply them to literally any part of online marketing, making it one of the most versatile training courses out there.

I’ve made thousands of dollars just from the techniques they use in the training, and the owners themselves have personally tested and found success with the done-for-you funnels they hand you access to.

I’ve secured you a quick sneak peak into what you can expect from the training. Just click the button below, sign up (it’s free!) and access those videos.