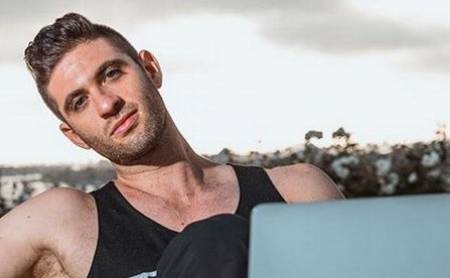 Jason Capital might look like your typical city boy, wearing flashy clothes and sporting the latest iPhone products. You might be surprised to learn that he has been proclaimed a “self-made millionaire” at just age 24, and The White House has recognized him as a Top 100 Entrepreneur.

That’s some impressive stats for someone like him. He must be into fintech, or digital marketing right?

Well, he does a lot of things, like business consulting and coaching, as well, but he started his career and earned his fortune as a writer primarily.

In this article from IBuyIReview, you’ll learn everything about Jason Capital, from net worth to early life and how he created his career.

Jason Capital grew up in West Bloomfield, Michigan. He didn’t grow up with rich parents or any of the other things you might associate with a young millionaire.

In fact, his family struggled to make ends meet, and as he grew older, he grew to know rejection in many different forms. Capital made ends meet throughout school, helping out relatives and taking the occasional odd job or selling snacks to his friends.

Like many others his age, however, he expected formal education to take him all the way. He expected to be carefully placed in a noteworthy story, where he would do good and help those in need.

Like many of us when we were younger, he never expected he would have to work for it.

Surely life was supposed to get easier after school?

There was no such luck.

Capital struggled through school and his grades were suffering. He was seeking meaning in life, a passion to motivate him, or something that he could reliably hang onto and call his own.

He thought he’d try different areas of study, and nothing appealed to him, and though he was good at certain subjects, the world still seemed drab and meaningless.

Sport after sport, he thought he was onto something. He tried basketball, finding a passion blossoming like he had never had before. He could move and use his body, achieving something with his friends.

A Story About Basketball 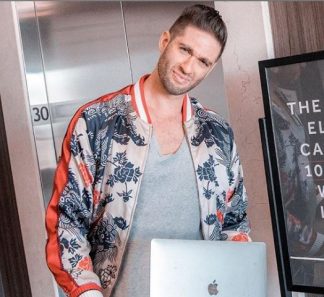 From girlfriends, to schools, basketball teams, and everything in-between, Jason Capital was rejected and excluded throughout his childhood.

Still, he knew where his passions were. As he discovered in school, one of his many loves in life was in basketball. When tryouts came along, he was certain he would make the cut.

And all of his friends did.

It was time to make a change.

Despite not being good enough to make the cut, he was determined to make it work.

He wasn’t out of shape, but he wasn’t good enough to become a real basketball player at his school, so he decided to make it happen. He spent the next year training at the gym for the basketball team’s tryouts. Day in, day out, he would be practicing at the gym, in the school court, and even in his parent’s basement at night, shucking off homework responsibilities.

Then, one glorious morning in 2007, he made the cut for the team.

And every year after that.

He finally knew what it was like to taste success. He had to share these secrets. But where?

By 20, he was starting to feel fatigued by the sport, so he channeled his energy elsewhere.

He wrote a book, published it, and taught others how to become good at basketball. He felt like he had discovered the secret to some hidden truth.

It earned him a decent enough paycheck to make him feel like he was onto something big.

Dating Girls Is the New Obsession

Capital’s basketball career was fading, but he had his focus on other things now that he was in college. He was good with girls and dating came easily to him.

It didn’t go unnoticed, either. Everyone knew his name.

At parties, all the guys were asking him for tips or help attracting and dating girls. That’s when the lightbulb went off in Capital’s head.

He could do the same thing with this that he did with basketball. There’s a formula to dating, after all, isn’t there?

So, he shared his secrets with his friends, and saw they had success with his tips, so he wrote a book titled Make Women Want You.

This was his new obsession. Now that he was older, he was learning a little bit more about how to market his book.

Little did he know that nine months later, he would make his first million because of this book, all at age 20.

Jasons Tips About How to Thrive in Copywriting

A few years down the road, someone asked Capital about how he made these books a success. He had written several books at this point, earning a considerable net worth at age 20, including one titled Higher Status: The New Science of Success and Achievement.

The question had him thinking about the differences in the subjects he wrote about, and what the common factor was. (1) It wasn’t until a few months later when he realized that it wasn’t the subjects in particular, though he was of course fond of basketball for a while, and had fun dating all the girls in college.

It was the copy.

It was the words.

He loved being a writer.

“With any high-income skill, you can freelance, supercharge your career, or catapult your business to the next level — without getting in debt or investing significant capital.”
Jason Capital

Capital realized how valuable a skill writing was and how turning his passion into a business helped him thrive. Instead of dating, he decided to make that his subject of interest for a time, helping entrepreneurs by creating educational material for others interested in the skill through his website, live events, coaching programs, and courses. 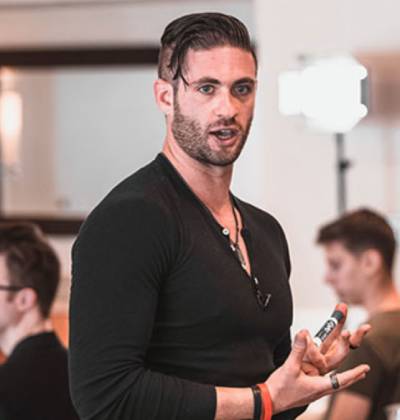 If he earned his first million while he was in college, you might be wondering how the man, now in his 30s, ranks on the net worth chart. Has he maintained his success as life went on?

Of course, he freely admits that after he was famous, he grew complacent, and like all business that isn't maintained, his marketing fell into neglect and he lost his fortune, moving back home to Michigan.

He did, however, manage to make a comeback. The current Jason Capital net worth is estimated to be around $2 million, earning him a spot in the millionaires list once again, hopefully for life.

No matter what, that net worth is an impressive feat for someone who had previously lost it all and has made that success through his own grit and determination. He is not only a self-made millionaire but is one twice-over, becoming an inspiration to entrepreneurs everywhere.

Life might be full of ups and downs, but Capital has certainly created his own fortune. He says he has now learned his lesson, too, about never becoming complacent about something you are passionate about.

He continues his career by providing coaching and consultation advice to Fortune 500 companies and entrepreneurs alike, writing, and teaching others how to market high-ticket skills such as copywriting.

Yes, before you ask, he still writes books, too. He primarily identifies as an author, staying true to what made him famous.

Looking for a Way to Raise Your Net Worth?

You don’t need to become a famous writer or teach anyone a skill to make it big like Jason Capital. Instead, let me introduce you to a course that takes just a little bit of hard work to start earning you a reliable income, all from your home computer.

Local Marketing Vault is a great, in-depth course that teaches you how to leverage a newfound skill in Google Ads to make money and bring in leads to businesses who need help surviving in a digital age.

How amazing is that?

James and Jason teach you everything you need to know to get started, including how to get the clients and keep the ads running, targeting highly qualified leads that actually provide value to your local business clients.

Best of all, they are active and engaging with their community of 5,000+ members, and you can take the skills they provide and apply them elsewhere in the digital marketing industry.

Are you ready to learn a new industry and skillset from the inside out?

Get a sneak peek of the training below: