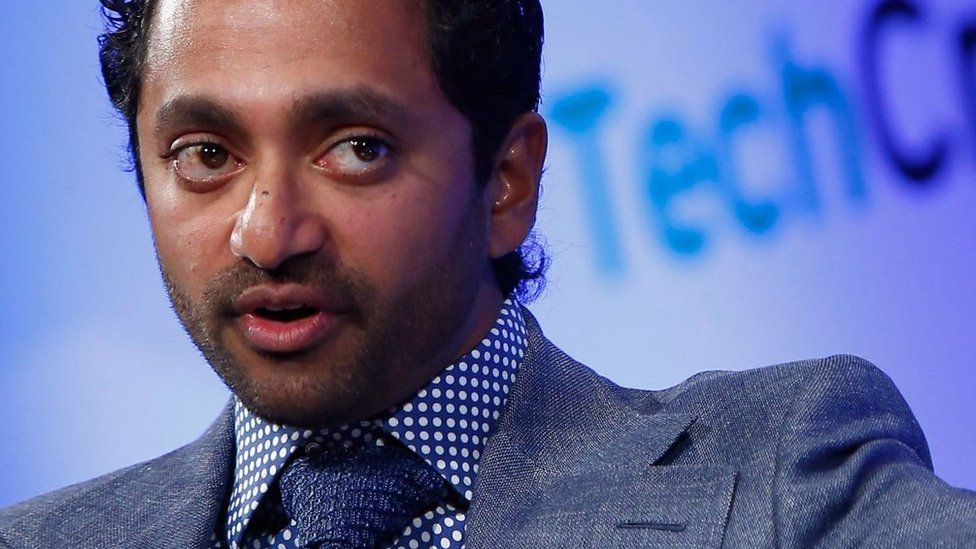 Are you ready for an unusual story about someone who worked their way up the ranks to acquire his astounding net worth?

Today on IBuyIReview, we’ll discover exactly how it’s done and dive into Chamath Palihapitiya net worth, early life, and previous ventures. Chamath is certainly someone who has shown the world that you don’t have to have flash-in-the-pan success – all you have to do is find what you’re good at and work hard at it consistently.

Before we get started…

Who is Chamath Palihapitiya?

Chamath Palihapitiya is a popular figure in many circles, especially if you’ve spent any time in the technology, finance, or digital marketing space.

His passion started in engineering, and he got his start climbing the professional ladder, but as his wealth grew, so did his ambitions. The man moved from a simple Canadian college graduate to the upper echelons of Corporate America and came out a venture capitalist willing to forge his path forward.

Today, Chamath spends his time as an engineer, venture capitalist, and SPAC sponsor. If you’ve heard of his name, however, you’ve likely heard it through his time spent at Facebook. For a time, the man headed his own venture capital fund under the name “Social Capital” with his then-wife Brigette Lau. 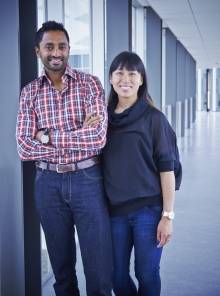 Born in Sri Lanka on September 3rd, 1976, life started as a series of difficulties that kept Chamath and his family moving around.

In 1981, the family moved to Canada under refugee status. His family, like many other refugees, were frequently unemployed and struggled to make ends meet. His mother would take low-paying housekeeping jobs to keep food on the table, while Chamath himself worked at a local fast-food joint.

It was in Canada that he enrolled in the Lisgar Collegiate Institute to begin his formal education and later graduated at the age of 17.

He graduated several years later with a degree in electrical engineering from the University of Waterloo. It was here that he found a love for engineering and company investments, and met his future wife Brigette Lau.

As a newly-formed engineer, he couldn’t deny his passion for investing and began work out of college as a derivatives trader at BMO Nesbitt Burns while he fostered his relationship with Brigette.

After a year of working for the investment bank BMO Nesbitt Burns, two things led to Chamath’s choice to move to the United States: a new job opportunity, and his love interest.

Brigette was interested in moving to California, and he had an opportunity to work for Winamp with this move. While it must have been a tough decision to make another move, this time away from his family, he was looking forward to a bright future in the corporate world. He would later marry Brigette and start a family with her while living in California.

Several years after his move to California, Chamath made waves by joining AOL and becoming the company’s youngest vice president, heading the instant messaging division. During his time with AOL, the company signed a deal to connect the instant messaging solution to the social media platform Facebook, which was only a little over a year old at that point.

When he left AOL, he immediately moved to a venture capital firm called the Mayfield Fund, but he only stayed at this job for a few months before he managed to get a position with Facebook through his previous connections to Mark Zuckerberg.

His role at Facebook primarily focused on growing its userbase until he left in 2011. His time with the company certainly served to fuel his interest in investing in other companies as he watched the platform grow.

Chamath came under scrutiny in Steven Levy’s book Facebook: The Inside Story, having been called a “bully” towards his coworkers at Facebook. Other sources reported that he regularly made his direct reports cry as a result of his actions. 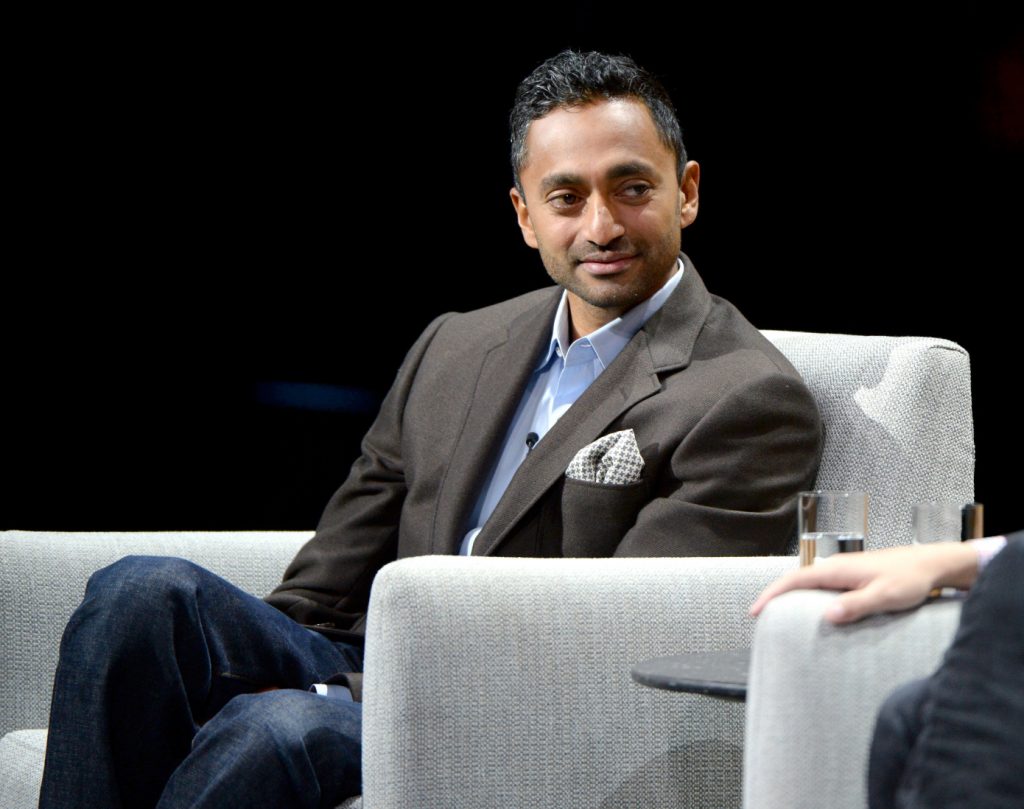 Starting Life as a Venture Capitalist

When Chamath left Facebook, he cited that he and the company had creative differences and expressed that he was unhappy with the direction the platform was taking. While with Facebook, Chamath made several investments in new ventures, including companies like Yammer, Inc., and Slack.

Chamath knew he wanted to continue investing in other businesses as he left the social media giant, so he started his own venture capital fund called the Social+Capital Partnership with his then-wife Brigette Lau.

The pair went on to grow the company which would later rebrand in 2015 to Social Capital. Chamath and Brigette had a lot of verbal support in making this move from other investors in the beginning, including billionaire Peter Thiel who became their primary investor in the beginning.

>>> Ready to see how I make six figures with a LEGITIMATE BUSINESS MODEL –
taught from the GROUND UP by this training course??
GET YOUR FREE TRAINING DEMO NOW <<<


Social Capital: Then and Now

When Social Capital was first formed, it held a lot of promise and served to bolster Chamath and Brigette’s net worth. It was also through this company that Chamath managed to become a member of the board of directors of the workplace chat Slack; however, he would step down in late 2019 as the company appointed Mike McNamara to the board.

In 2018, a news website, Axiom, reported that Chamath was criticized by coworkers at Social Capital for missing meetings and spending too much time in Italy with his new girlfriend following his divorce.

This happened around the same time many other founders and management staff left the company. The company returned investor capital and converted it into a family office instead, where Chamath now spends a lot of his time. 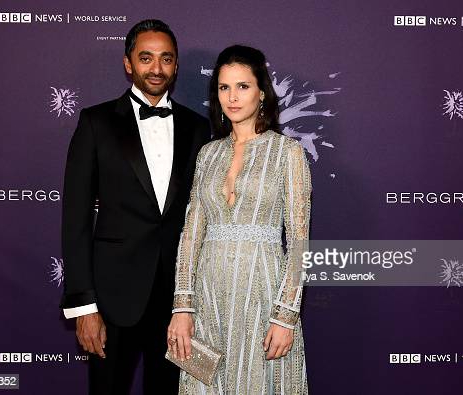 When Chamath Palihapitiya graduated college, he followed his girlfriend at the time, Brigette Lau to California where they married and had three children. In 2018, however, they divorced. The reasons for their divorce are unclear, but some suspect Chamath was unhappy with Brigette, as he is the one who filed for the divorce.

The same year as his divorce, Chamath began dating an Italian model and heiress named Nathalie Dompe. He now lives with Nathalie in California, just a few minutes away from Brigette, and the couple has had one child together.

Chamath has fallen under some criticism as, despite his involvement with several technology firms including AOL and Facebook, he refuses to let his children have screen time except for the occasional movie. (1)

“I don’t like this co-dependency of ‘they need to rely on me, and when they can’t, I feed them a device because that becomes a babysitter’.
Chamath Palihapitiya

While this statement was released while he was still with his ex-wife Brigette, it is unclear if his stance on screentime has changed with his current partner Nathalie.

As of 2021, the report showcasing the official Chamath Palihapitiya net worth states that the man is worth $1.2-billion. That’s a lot of money for one person to have!

This fortune was largely amassed because of his venture capitalism, but his success with Facebook and AOL spurred these events into motion.

While the man has had plenty of criticism for his views and past actions, from his parenting choices and reported treatment of coworkers, to his opinions on social reform, no one can deny that he has found the success that he very likely dreamed of as a child. That’s a special kind of ambition that can’t just be ignored. 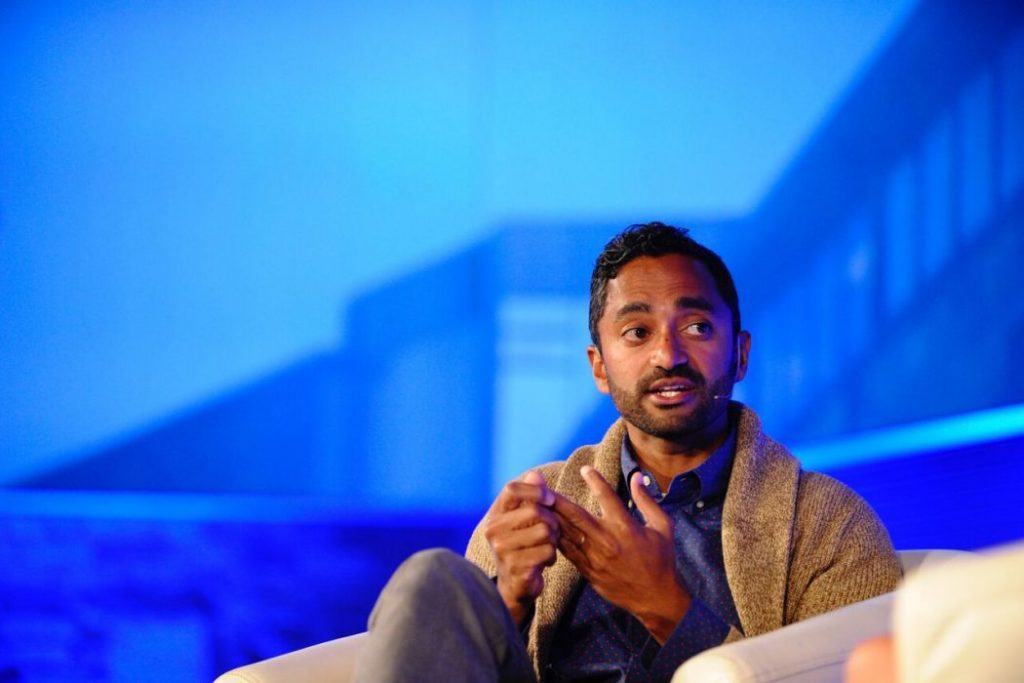 If Chamath has shown us anything, it’s that anyone can achieve their dreams so long as you work towards them. The road to success started out as the worn path of a young refugee escaping with his family and turned into the paved path of a successful venture capitalist who has worked for some of the more affluent companies that are name brands across the world.

It truly is an inspiration for the rest of us who aspire to become billionaires – or at least grow our net worth to some significant degree. Curious about what I’ve done to earn a 6-figure income? Check out my “about me” page for some insight into what I do.