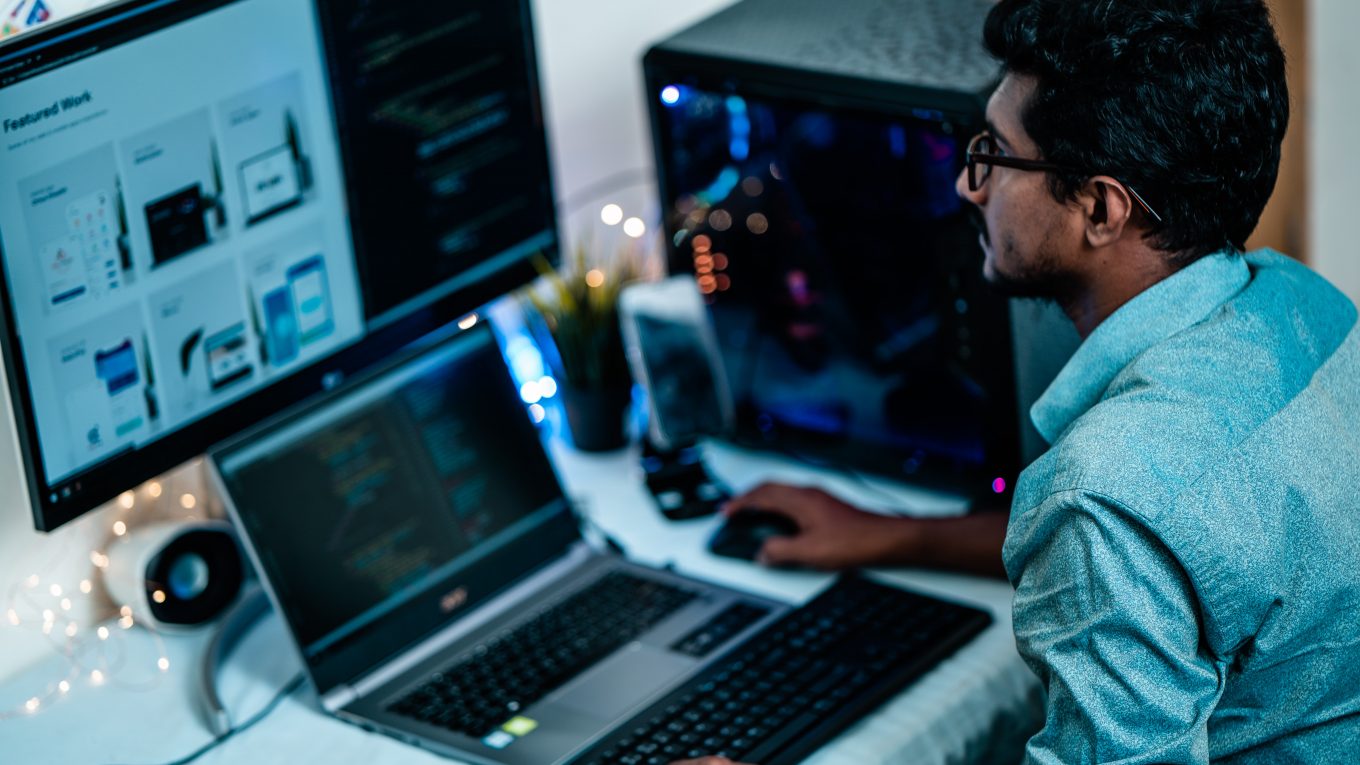 Laptopjobs.org has been creating waves in the internet community as a potential way to earn money from home. They solicited freelancers to join the platform in an attempt to sign up for an account, creating traction on the site, by leaving voicemails.

Chances are, if you’ve received a voicemail for a job opportunity on laptopjobs.org, then you know that it sounded a little too good to be true.

In this review from IBuyIReview, you’ll learn everything you need to know about Laptopjobs.org, what the platform is, and why it was removed. Was it exposed as a scam, or simply not successful enough to keep on the internet? Scroll on to learn more about this freelancing platform before you make the visit.

Stick around afterwards to learn a little more about a legitimate way to work from your laptop as well, where you can set your own hours, be your own boss, and truly help other businesses succeed in a demanding and competitive world.

What Is Laptopjobs.org? A Review

This site is another freelancing platform which promises you’ll earn a certain dollar amount all from the comfort of your home computer. When you visit the site, the first text you see is an advertisement about how you can “earn $100 a day” by signing up as a freelancer.

Google ads, my preferred method of earning money on the internet, takes a lot less than other business models like SEO or affiliates, but it still takes a few weeks to learn the skills, tweak the ad groups, and fine-tune the results.

The only reason this site existed was to make money for the company.

If it was as easy as pasting “make money online” onto a dated site to make sales, we would all be rich. This, however, might explain why the site has since been removed.

As of 2021, the original laptopjobs site is unavailable, taken down for reasons that were never specified, though there is speculation that it was due to a lack of customer support and mounting complaints by would-be freelancers of the site.

My honest opinion about this platform? No, I don’t believe it is legitimate. I do, however, believe that the freelancing business model is legitimate and can be achieved with the right strategy.

Laptopjobs was advertising to freelancers that you could make $100-200 each day by joining their platform. Even more the longer you stay on the platform.

This is a huge red flag. No freelancing site can guarantee that you’ll earn any money, or even get work contracts, as ultimately, who is hired is something that the client decides.

Likewise, the fact that they were unable to attract freelancers to a market where it was supposedly so ripe in opportunity says a lot about how desperate they were for money, especially since you had to pay to create an account.

Work in the freelancing industry is saturated and difficult – no one is going to give up a legitimate opportunity like that.

The second red flag to me is the fake testimonials – some individuals were claiming that they made a little over $5,000 a day on the laptopjobs. Sites often use these actor testimonials as a way to get more sales, hired on the same type of freelancing platform they use.

Don’t believe me? Go search Fiverr for “testimonial” and you’ll find plenty of people offering to provide a testimonial for a product they don’t know anything about.

Beyond that, some sources claim that malware and spam domains were found on the site, indicating they had a low trust score when they were operating. Now, the site has been removed and rebranded, but these same problems exist.

Is It a Good Way to Make Money Online?

Freelancing can be a great way to make money on the internet so long as you know what you are doing. Laptop jobs, however, was hardly worth the trouble it took to review it, let alone try to get a sustainable job from laptopjobs.

You might not be surprised that operating as an individual freelancer isn’t without its troubles, even if you work with big name companies like Amazon. (1) A lot of freelancers struggle for payment, with clients thinking they can get better elsewhere, or changing the scope of work mid-project and leaving you scrambling.

Finding clients that are trustworthy is hard both local and afar. The lack of brick and mortar institutions makes bait and switch all the easier.
Shaylynn Hayes

Fortunately, this trouble is largely removed when you operate as a legitimate remote agency business, employ a staff, and take the proper precautions. Likewise, choosing to work with solely brick and mortar or local businesses can significantly decrease your risk as well, which is why I’m such an advocate of my favorite business model: Google ads. 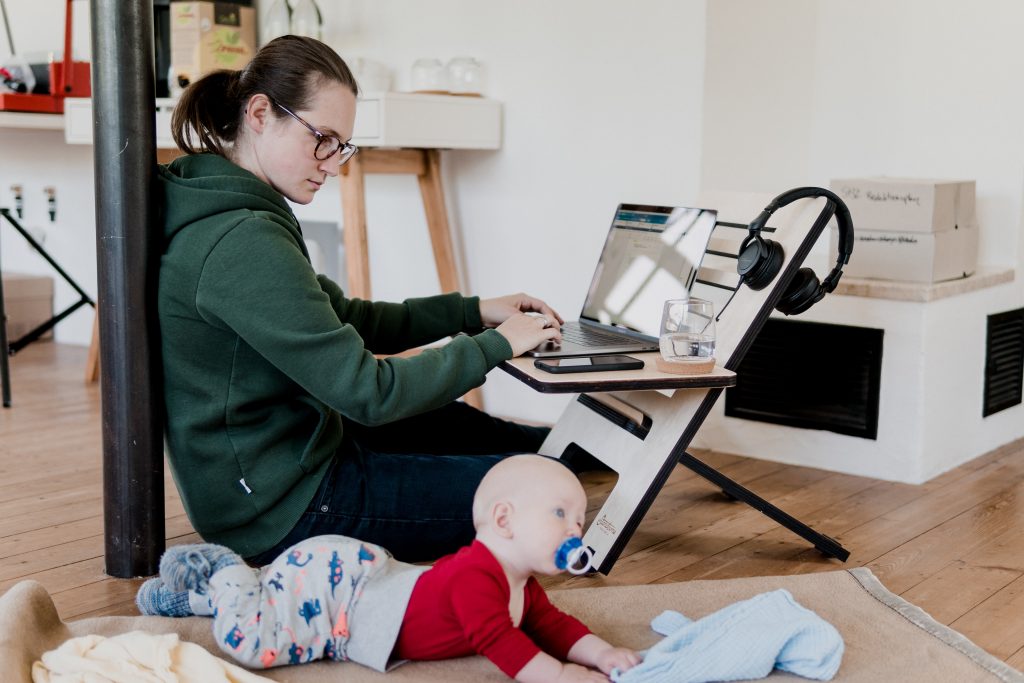 Why Laptop Jobs Was Removed: Scam?

Ultimately, Laptopjobs.org was removed by the owners because of the mounting complaints that appeared about the platform’s lack of customer support and contact information. No one trusted their services and considered it to be an outright scam.

On laptopjobs, there was no way to verify the client’s payment information, either, which makes it even more of a hassle to get any kind of legitimate work. There’s no guarantee that the client will pay you without some sort of escrow protection and platform mediation service.

Double that with the fact that freelancers have to pay to access laptopjobs, and they can’t talk to any kind of customer support representative, and you have a recipe for failure.

Can You Make Money Online and Work From Home?

Yes, you can indeed make an income on the internet, and there are so many great careers that can help you do it. Many people start out as freelancers looking for individual work contracts, like Laptopjobs.org tried to create a space for.

There are so many benefits to earning your income on the internet. (2) It’s a wonder why more people haven’t started doing it sooner, especially with the increased opportunities to spend with the family and more flexible hours.

“Working from home provides many benefits. You can save time and frustration by avoiding the daily commute. You can work from anywhere in the country. You can work flexible hours. You can run errands in the middle of the day.”
Mark Kantrowiz

Time and time again, these freelancing platforms (as well as other easy remote work jobs like Amazon FBA or transcription) have been shown to be competitive, however, and many fail before they find any real success because they aren’t able to connect freelancers and clients with the right fit.

Making a freelancer and client both trust the platform is essential, which is why so many successful freelance platforms utilize escrow protection services and contract mediation.

Still, out of all the work from home opportunities I have tried, I have found the best success by starting my own agency and operating like a real legitimate business, rather than one-off freelancing offers. 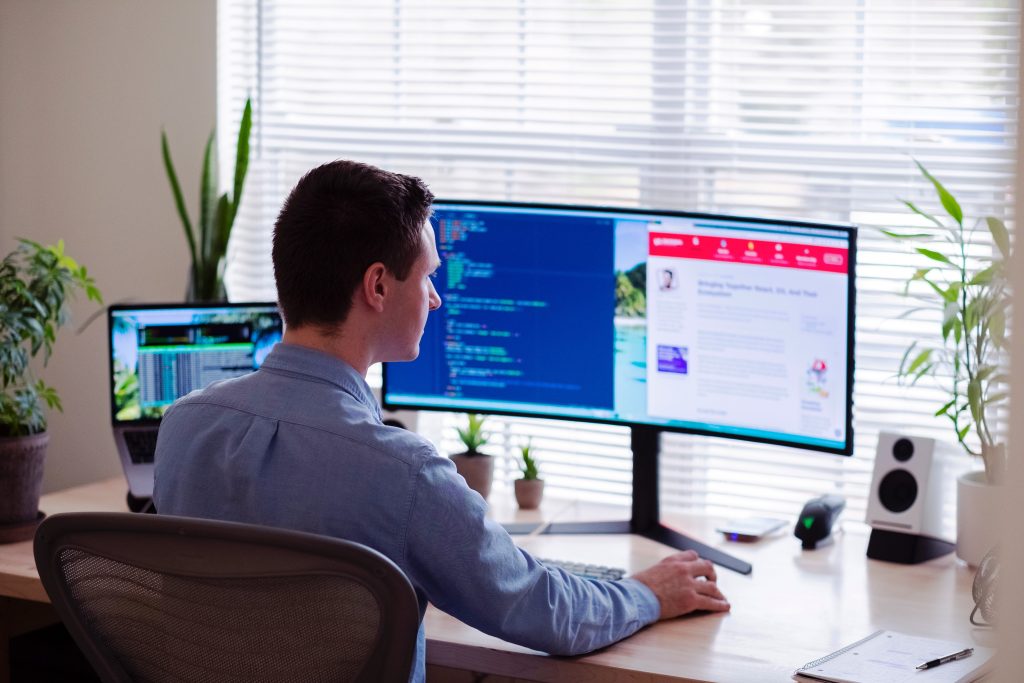 If you’re looking for a better way to get some cash that’s sure-fire and legitimate, then I’ve got a course recommendation for you. Not only will this course teach you a laptops worth of  fundamental skills of advertising, but you’ll find that you can use what you learn in any other area of online marketing.

The business model set forth in this course has helped me earn a reliable income over the last few years, helping me build a self-sufficient agency where I trust the product. I’ve never seen a course owner so dedicated to their students’ success before, and it really shows.

There’s even a 5,000+ strong community with weekly livestreams, Q&A sessions, and done for you funnels that is provided right in the training so you don’t have to guess about anything in the process.

Want to learn more about this course? Just click the button below to get a free training video.

Think of it like a sneak peek trailer to the next awesome movie. In this case, it’s a sneak peek into a great lifestyle.

Why I Believe Google Ads Are the Way to Go

Google ads are not only a reliable way to earn some moolah on the internet, but they are highly targeted, allowing you to hand-pick who you want to show your advertisements to.

For a lot of people, this means targeting the right user intent so they’re only choosing people who already have their credit cards in hand, looking for a product.

It’s time to start a new career that allows you to live the lifestyle you want to. Get started learning Google Ads with this method today: